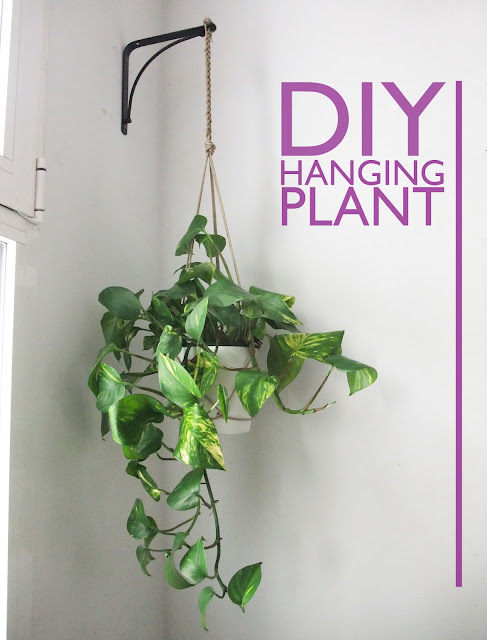 Say you live downtown in a gorgeous, temperate mediterranean city in walking distance of most amenities and a new metro system for anything that’s not.

Obviously, you don’t own a car, but who would this be a problem for?

Aaron and I live in Valencia, Spain on a two year temporary contract. This is relevant for a few reasons:

We bought some plants from an outdoor stand shortly after we moved in, to give the apartment a little color. The plastic stool I had been using as a makeshift plant-stand was not only ugly, but also way too big for the corner between the wall and the table. One afternoon after Spanish class, the ugliness became too much, and in a poorly planned frenzy, I decided to do something about it. 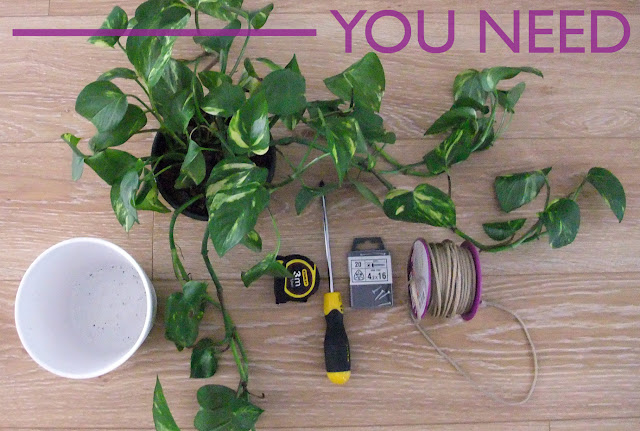 Mount the bracket at the desired height, using anchors if your plant is heavy, or if your walls are crap. Measure the distance you want your plant to hang.
Cut the cord into three equal sections, twice the length you want your plant to hang, with additional length for braiding. I cut mine into 5ft long lengths, for a hanging distance of about 30 inches from the bracket to the bottom of the pot. Then mark off the center of each cord with a piece of tape or a chalk mark.

Measure the pot circumference about a half inch above the bottom. Lay your cords in a triangle with the perimeter measuring a half inch less that the pot measurement (this may need to be more depending on the stretch of your cord). Knot securely at the corners of the triangle.

Fit the triangle around the base of the pot. Then take strings A and B and knot them at the lip of the pot. Repeat with cords C and D, and E and F.

Water your plant. If you're anything like me, it probably needs it. Put it in the pot.

Gather all the strings about 18 inches above the pot and knot. Braid all strings together to create rope to the bracket, I braided with strands of 2 strings, but a fishtail braid would work as well.
Use a chair or stool to support the pot as you knot the cord ends through the pre-drilled hole in the bracket. Cut off any excess cord after the knot is secure. 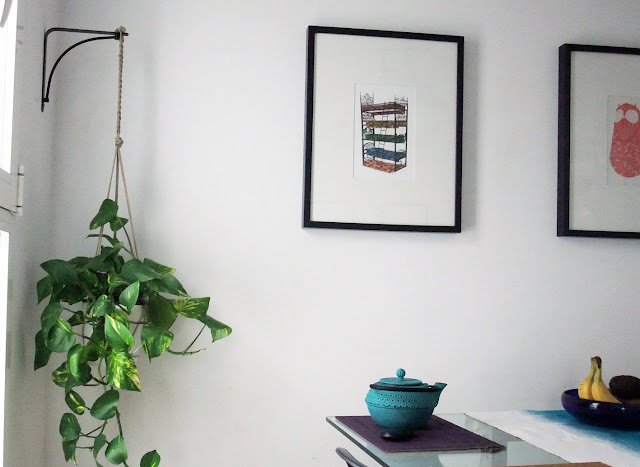 Tah-dah!
Now, go do something useful with your day.
Posted by Cat at 6:15 AM

It wasn't me! I was dead at the time.

Cat
I was on the moon! With Steve... Avid shoe collector, illustrator, fangirl.